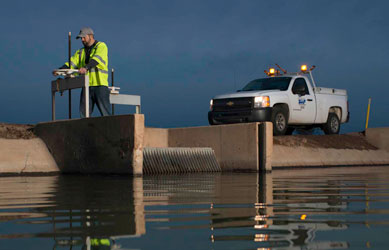 For as long as there have been canals, there has been the zanjero.

Zanjero is Spanish for "ditch rider." Since the late 1800s, zanjeros have played a vital role in the control and flow of water in the Valley. They traveled hundreds of miles along canals (first by horse, then by truck) and opened head gates to release water from the major canals into smaller canals and pipes that deliver the water that eventually comes out of our faucets and grows our food. 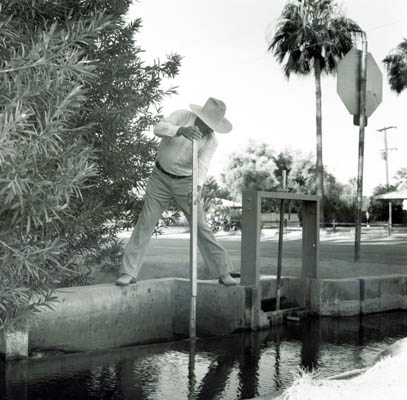 Through the 1940s, zanjeros lived in housing owned by the Salt River Project. A few of these homes remain, such as that of Mr. and Mrs. L. H. Mayes near Division Gates.

Before 1945, being a zanjero was a family occupation. Husbands rode the canals caring for water needs while wives stayed home to answer calls for water delivery orders, solve minor problems and help with bookkeeping.

In addition, zanjeros kept track of their customers and their welfare and even served as sworn peacekeeping officers solving disputes between neighbors – a part of the job description that was revived during the flood crises of the 1980s.

The zanjero's job changed after the 1950s. Operations became more standardized. SRP established a central field office, changed shift schedules and provided zanjeros with company trucks to use on their rounds instead of using their own vehicles.

In the 1970s women joined the ranks of the zanjeros. The white amur fish came on the scene in 1989 and the zanjeros were happy that the "most onerous part of working the canals" (keeping them clean) was handed over to the fish. Today, there are close to 100 zanjeros. Four zanjeros are assigned to each service area.

Technology has changed much of a zanjero's work. Two-way radios and computers help them keep in touch while they're working along the canals. More precise measurement instruments provide the zanjero with more resources to account for water and its delivery. 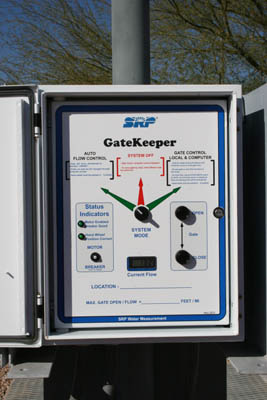 The new GateKeeper systems provide yet another tool for zanjeros and begin a new chapter in the long history of the zanjero's ability to deliver water to residents and farms.

With the GateKeeper, zanjeros can open and close gates in multiple locations without having to travel along the 131 miles of canals. They can monitor and maintain the water flow right from their laptops.

Zanjeros' experience and close relationships with water users make them an essential, if not always recognized, part of the fabric of life in the Salt River Valley.

So long as people need water, zanjeros will be at work behind the scenes, making sure it gets to where it’s needed.