The Greater Phoenix area's story begins with the Salt River.

The earliest residents of the Valley dug miles of canals under the hot sun. They appeared around A.D. 1 and disappeared around 1450. During that time, they thrived here.

Based on the tools they left behind, we know who they were and how they lived. Amazingly, these people, referred to as the Hohokam, dug 850 miles of canals by hand with wedgelike "stone hoes" and wooden sticks.

Their irrigation system itself was relatively simple. A main canal drew water from the river, a series of distribution canals fed field locations, and lateral canals took water to individual farm plots. 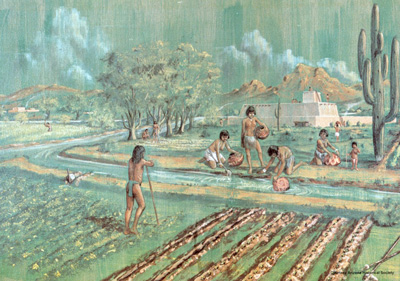 Frequent flooding was a problem; the Hohokam regularly had to rebuild canals that were destroyed by floods. These undertakings could only have been implemented by a large, organized society.

Nevertheless, this society, as sophisticated as it was, also met many challenges and eventually abandoned life in the Valley. Why they left is unknown, but the canals they left behind testify to the importance of water to desert communities.

Euro-American settlers moved into the Valley 400 years later to farm and mine. Some saw potential for profit and opportunities in the Salt River and ancient canals. John William "Jack" Swilling began one of the first modern irrigation operations here.

Swilling saw the depressions in the earth of the ancient Hohokam canals and recognized them as an early water system. In 1867, he created the Swilling Irrigation and Canal Company and, with just 17 workers, built the first modern canal. Workers dug canals that paralleled the ancient Hohokam system.

Horses pulled Fresno scrapers – wheelbarrow-shaped tools – that dug up the earth and greatly reduced the time and labor needed to dig canals. Success came quickly. Water arrived to nourish the crops and sustain the homesteaders that arrived that year. 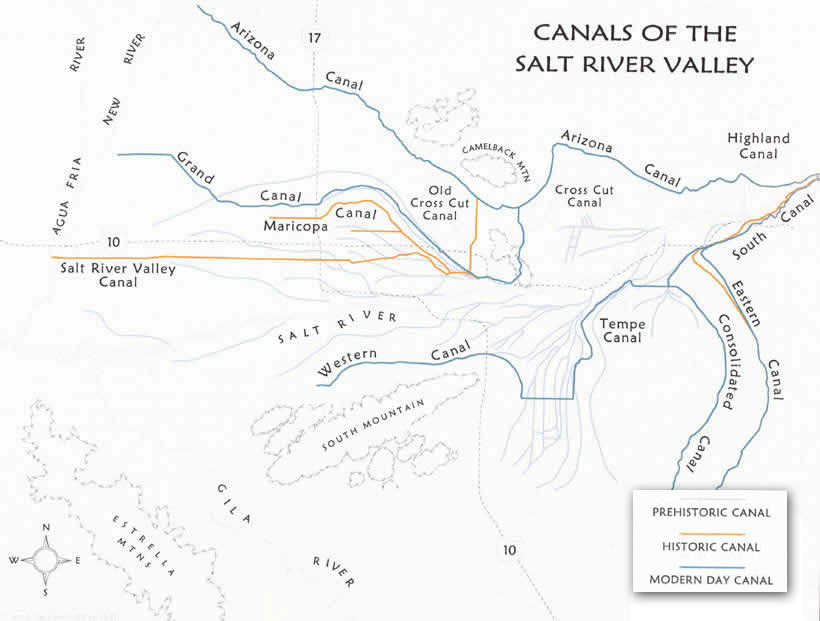 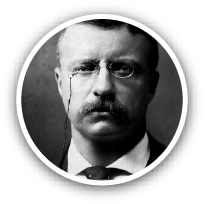