Sandblasted into the concrete on the Stoa Deck and set within the imprint of reeds on the floor are words written by Alberto Rios, renowned Arizona Poet Laureate and Arizona State University Regents Professor. His poetry explores the water, its meaning to him and its importance to the Salt River Valley.

Arizona Falls is not only a functioning hydroelectric power generating station, but it is also a work of art, much of it housed here at "WaterWorks" at Arizona Falls. "WaterWorks" was designed, envisioned and created by artists Mags Harries and Lajos Héder. 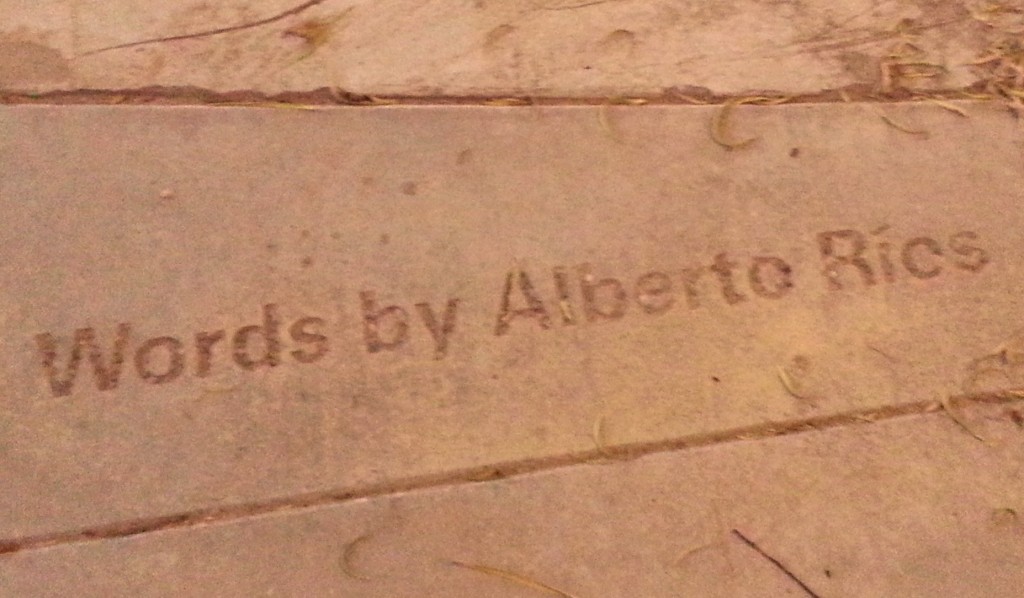 Art on the Stoa Deck reflects the feel, look and sound of water. From ancient Greek, "stoa" means a portico used as a gathering space. Arizona Falls has a rich history that includes periods of time when it was used as a gathering place where locals could socialize and recreate.

Words that emulate the power, feel and importance of water are etched into the ground of the Stoa Deck. The entire floor depicts the movement of water and the illusion of reeds swaying in the river.

The floor, which is made of concrete, was imprinted with reeds and acid stained to reflect the color and texture of flowing water. Grates in the middle of the deck allow the roar of the water to permeate the air as the water rushes toward the falls.

The floor also depicts elements of both the natural and the manufactured world. The natural reeds and cattails pressed into the synthetic concrete bring together the two worlds, while the dam and canal system provide another great example of nature converging with human innovation. 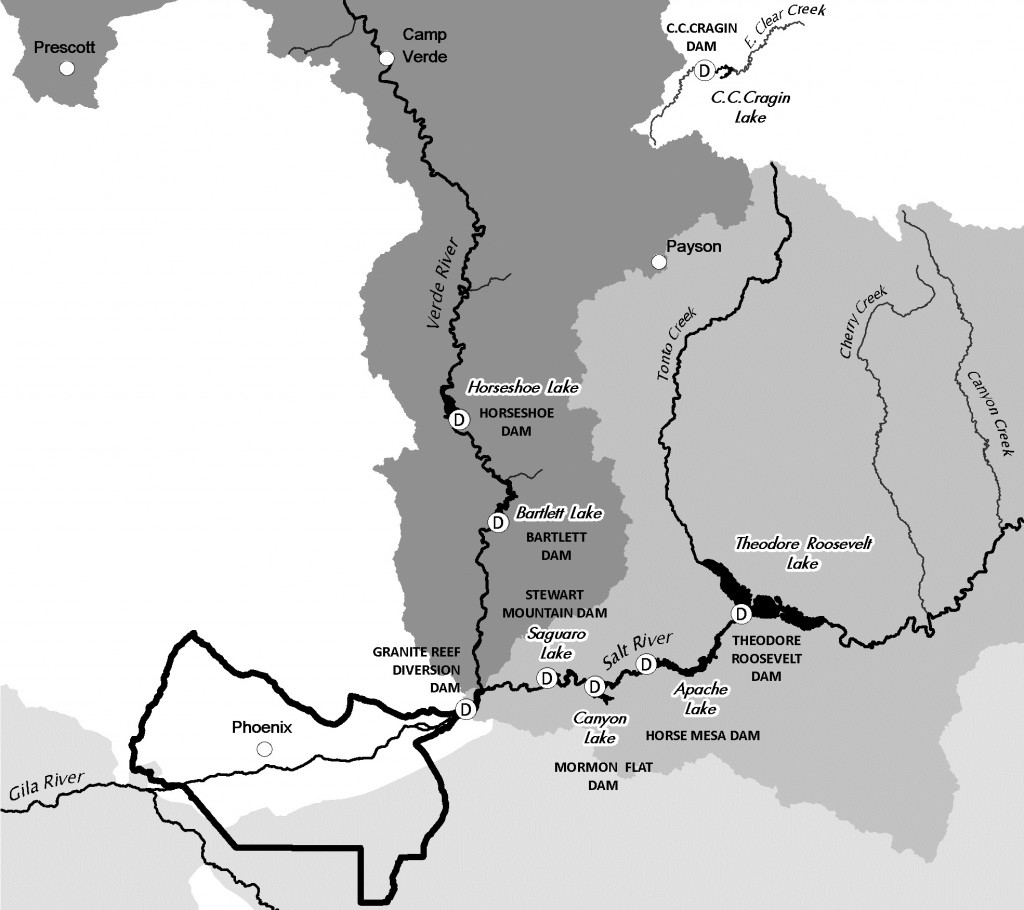 There are five boulders located on the northeast end of the deck. These boulders come from the dam sites along the Salt River. The Salt and Verde rivers feed into the Arizona Canal, and a series of dams regulate the water flow, create energy, prevent flooding and create reservoirs. They withhold water and release it a little at a time.

Look at the boulders on the Stoa Deck and you can see the geologic diversity of the Salt River watershed. Each boulder is a different kind of rock. Each is a different color and has a different texture.